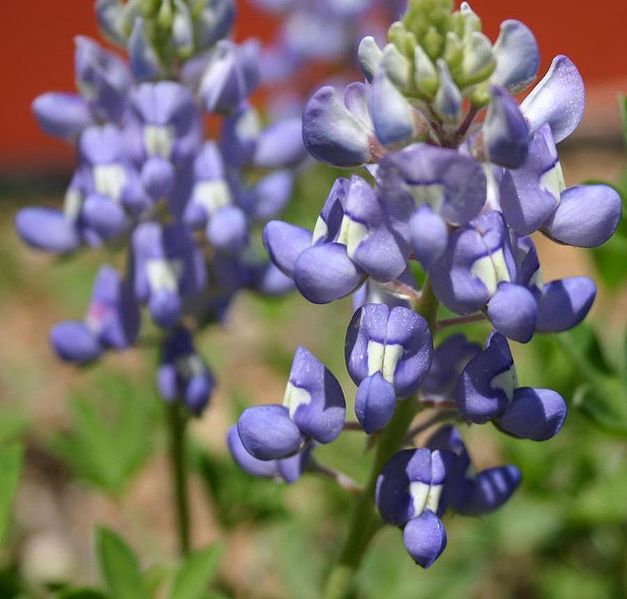 No, I didn't take a spring break but I had some sickness our way.

I do think though seeing all these bright spring bluebonnets this week here in my part of the country has me fired up about when I want to take spring break.  I just keep moving along until I find we need to take a break, spring or otherwise. I use to follow the 4 to 6 weeks on and 1 week off schedule and that worked too for a while.  Though, the problem with that was sometimes I didn't need the week off or I may have needed a break sooner. Now, I just take off when we need to and that suits my family much better.

I finally started doing some spring cleaning around the house. I seem to have a longer list this year so I have a hodgepodge of things going on around here. 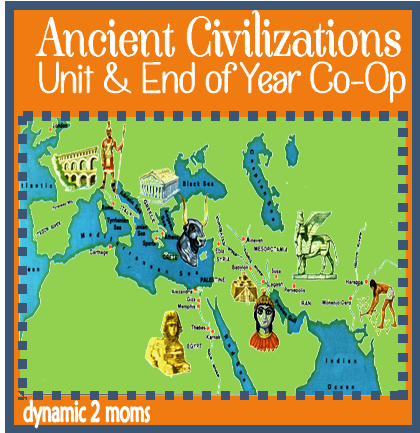 So we will be taking our time studying the Ancient Civilization Unit because we have been doing spring cleaning and have been spending time outside. Too, I am working on my Home Management Binder at the same time.

There are so many ancient civilizations to focus on but in going over this with Tiny and Mr. Awesome again, we have been focusing on Mesopotamia, Ancient Egypt and Greece so far. Even though we have covered this before, the older the kids get the more they appreciate about each civilization.

Also we didn't really talk too much about the Celts when they were younger other than to appreciate their illuminated manuscripts because there is a lot of paganism associated with the culture. To be completely objective though, the more in depth you study any civilization you realize that a lot of them have some pagan roots associated somewhere.

You have to sort through and pick the things like art or influences on our language that made changes, good or otherwise and discard the other things about their culture that focused on pagan things. 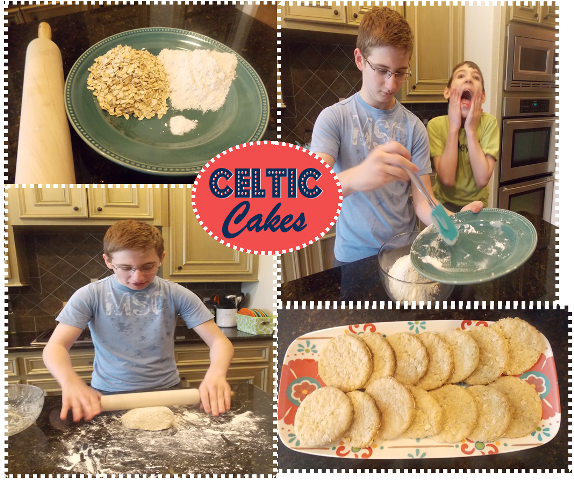 We decided to make something in the kitchen this time to start off our study. The boys looked up some recipes of what they wanted to make or should I say something they thought would taste good. I love the way they sneak in baking something good to eat and call it history. I could tell when Mr. Awesome showed me the recipe on Celtic cakes that it might taste a little flat and uninspiring but he was insistent on making them because he loves oatmeal cookies. I think he thought he was making something similar. We have much drama in our house when the boys cook. Every step in the process has to be "attacked". 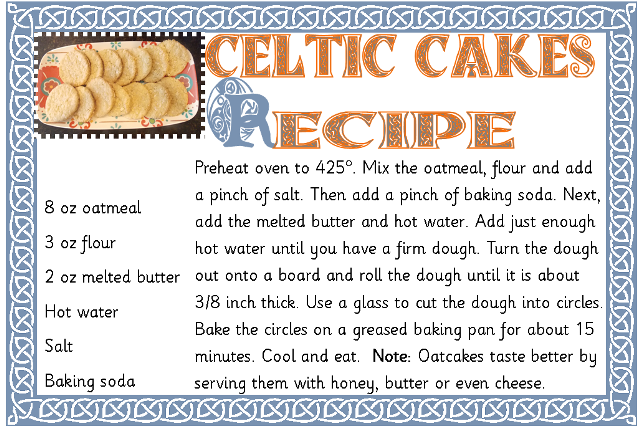 The Celtic cakes were much more like a flat bread that is well, flat. The boys put some sugar and cinnamon in them too. A little sugar never hurts and after they were baked, they ate them with honey. The Celts believed in staying fit and if they ate this, they would.

The Celt influenced European art and history even though they are probably less talked about in ancient civilizations. We like to read/talk about some civilizations that are not so well known. At the height of their civilization they stretched from the  Atlantic to Asia Minor, from northern Europe to the Mediterranean Coast. The Celts were a collection of tribes instead of just one group. The World Book says: The Celts expressed their artistic genius in such arts and crafts as metal work, sculpture, and ceramic pottery. Celtic artists excelled in decorating objects. They used beautiful combinations of curved lines and spirals that were based on natural forms such as plants, animals and birds. Irish monks used these patterns to illuminate (decorate) manuscripts.

I think what we found fascinating in reading about them was that not only did they have an imposing physique because of what they ate but they would mix chalk and water and add to their hair to make them ferocious looking.  It was like plaster-cast hair. 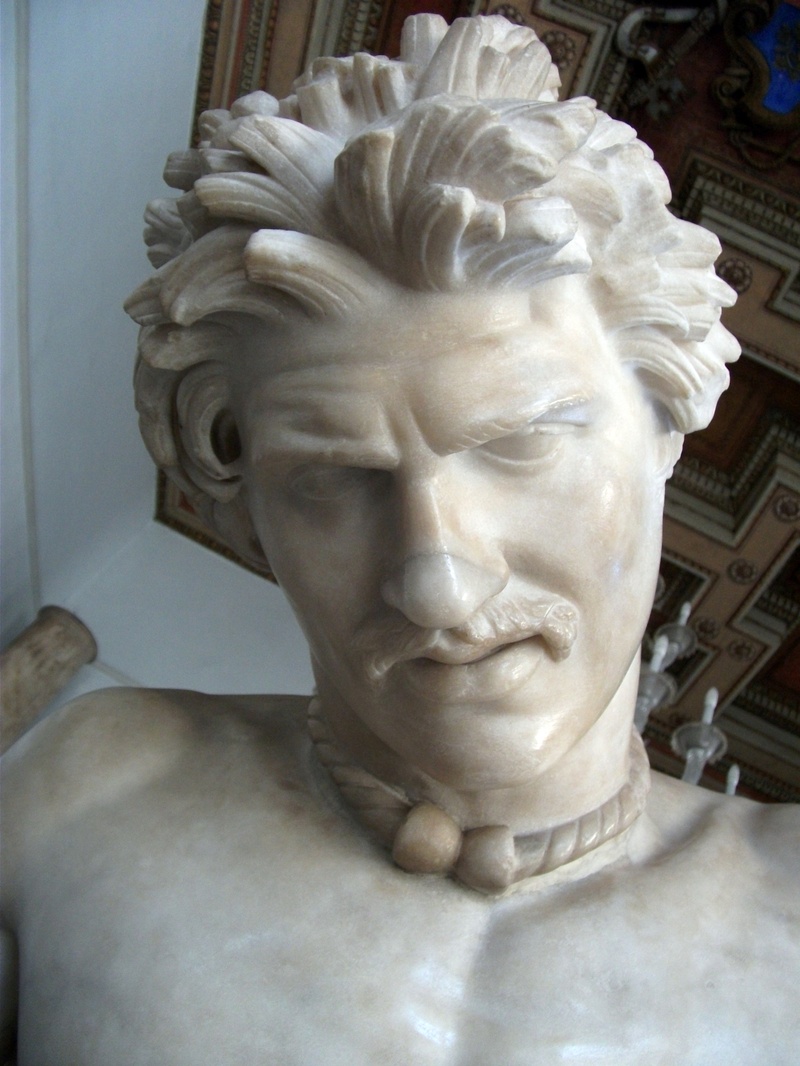 Here is a statute of a dying Gaul where the warrior's hair was replicated to look like that. Interesting enough Hannibal enlisted their help because their appearance  with long mustache and spiked hair struck fear into their enemies. I think we may have to include a minibook about them in our unit.

Today though I have included our minibook on Ancient Mesopotamia. I want to round out our study a little more about that area. 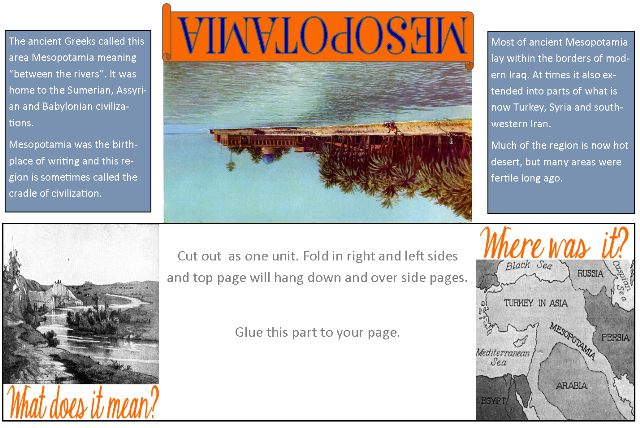 You know how my brain works. I tend to think in terms of "projects" when we do our unit studies. So I think instead of throwing the lapbook to you all at one time, I will back up and share a minibook or two as we do them or study about them. That way it gives you a chance to work on it if you are doing this unit too.

I know I feel comfortable doing a jillion things at once but I know that can get crazy overwhelming if you are trying to follow along as I do them. Plus the fact that I just love sharing with you, slowing down the pace a bit allows time for studying this topic over a longer time. There is so much to cover about ancient civilizations.

Also though if you are trying to work on organizing like I am, then you have time for that too. 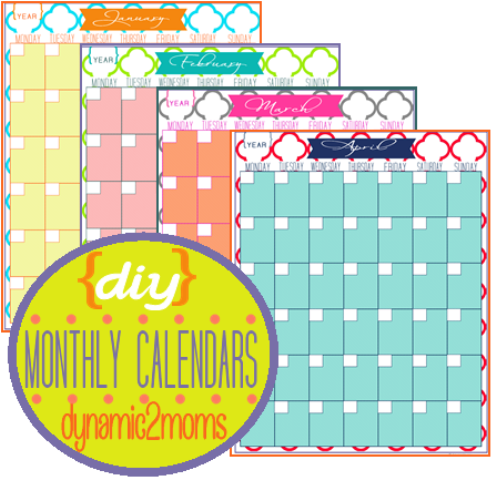 Talking about organization, I have the next printables ready for our Home Management Binder and that is coming up soon. Be sure to download the Celtic Cakes Recipe and new minibook on Ancient Mesopotamia as we move along through spring in our study of Ancient Civilizations.

I have a few more things to do around my house and feeling better finally this week, I am playing catch up.