I have done many things wrong when I first started homeschooling, but I have done a lot right too. 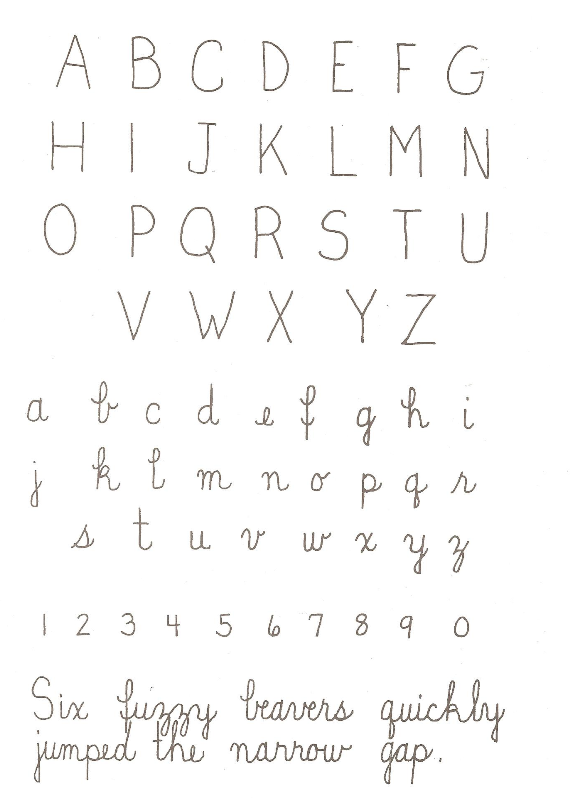 One right thing was choosing the beautiful Calvert cursive to teach all of my sons. I know that a lot of public schools and homeschoolers are moving away from teaching cursive, but I am not one of them. I tell my workshop new bees that writing or penmanship has always been the hallmark of a well educated man. Maybe that is not so true today but if you want to peek into the past, you have to know at least how to read cursive to understand historical documents. I think reading cursive and writing cursive go hand in hand. Too though I feel the time comes when you need to teach your kids typing skills. Boys especially benefit from knowing how to type because they seem to struggle with learning how to write more so than girls.  Penmanship is a time consuming skill to teach. Between the struggles of a child and the time needed to teach, a lot of educators give up on it. However, I feel in homeschooling we do have the time to teach those skills.

Choosing Calvert script at a time when I had not a clue of what I was doing ended up being one thing that helped me not to struggle so much in this area. After having taught Mr. Senior 2013 how to write in cursive, I just taught the other boys after that. I did venture out into other writing programs but came back to Calvert.

I came back to Calvert School cursive because it is a simplified cursive. By the way, Calvert script is specific only to Calvert.  It is unique and I wished more people knew what a beautiful font and cursive it is. It is neither D'Nealian or Getty Dubay but again a type of cursive used only by them.  It is simplified because it teaches manuscript uppercase letters and cursive lowercase letters. I like the fact that it is free of the superfluous loops found on the traditional Palmer method. Too, It is just plain pretty and simple as you can see from the chart above. 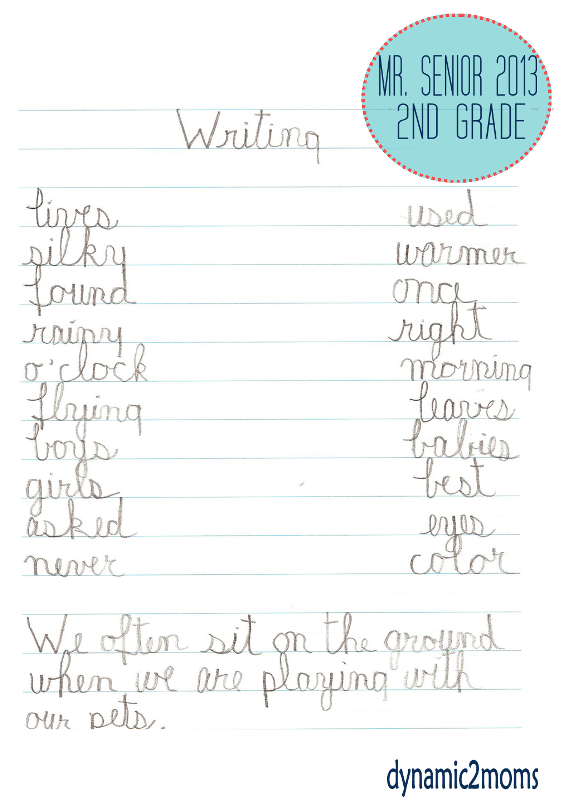 By the time Mr. Senior 2013 was in second grade, I knew how to teach cursive as you can see from his writing above. My middle son struggled more because I ventured off into other writing programs. {Mea Culpa} That was the dumb thing I did but again he is fine. Kids are pretty hardy and let you know real quick what is not working for them.

Because I still feel like the same way as I did when I first started homeschooling about the importance of cursive, ALL of us will do copywork sometimes.  Myself included. I keep a notebook beside my bed for me.  I never tell very many people that I pen a line or two also.  Oh, I don't write cursive as much as I use to. I use to write all their copywork out because the cursive font is not one you can find on computers or among fonts to purchase, but not so much anymore. Copywork doesn't take a long time and it's a way of storing exquisite words in your mind and heart. The benefits of copywork go beyond learning how to write. It gives you an overflowing amount of words and thoughts too. Especially when I do copywork from the Bible, I find it very satisfying and it leaves a lasting impression. Just a little each day is restoring.

So when doing our unit study on Ancient Civilizations, I had prepare some copywork for Tiny. I have hunted for a font that was similar to Calvert and came pretty close with the one I used in this copywork below. All of my sons know the Calvert cursive font but I still like to get pretty close. 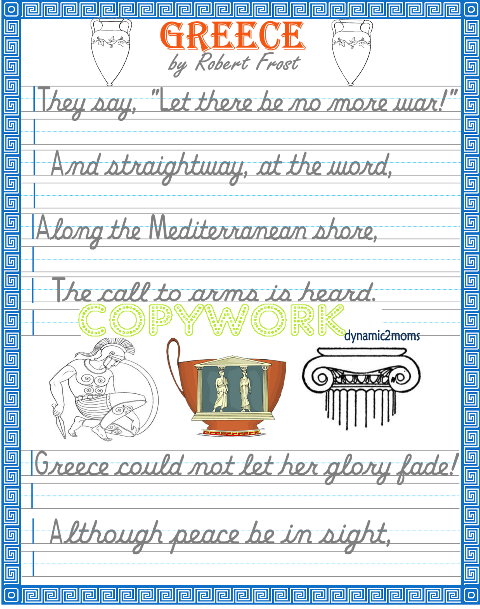 The font is a little more slanted than I like but again close enough. The poem is Greece by Robert Frost. It is one of his more obscure  and early poems.  I like it because it's by Robert Frost, one of my favorite poets. But also it gives a glimpse into his early writing and it shows his interest in history and idealization of heroic figures. I thought this would go along with our Ancient Civilization unit so we are trying to commit this to our memory. Here are the beautiful words. Download your copy at the bottom.

They say, "Let there be no more way!"

And straightway, at the word,

Along the Mediterranean shore,

The call to arms is heard.

Greece could not let her glory fade!

Although the peace be in sight

The race the Persians was arrayed

Must fight one more good fight.

It was you proved to men

Now prove it once again!

Cursive, copywork, studying the classics and the co-op have all been on our mind lately.

What about you? Have you figured out the penmanship quandary yet?