Yippee, finally the first free lapbook on the FBI unit study is ready today. But before I share it, I wanted to mention a couple of things with you. We have received two new sponsors on our blog and are grateful for them.  Not only do sponsors make the blog world go around, but we wanted sponsors that we would use or heart. I am doing a happy dance over our two new sponsors. In addition to Safe Kids Email which is a safe email service for kids and families, Kelley and I welcome EEME and Geography Matters.  EEME makes hands-on projects paired with free online video curriculum to teach kids concepts in science, engineering, technology, math (STEM). Did you say free? Then do I have to give an introduction to Geography Matters. I drool every time I visit their website. Have you tried their Trail Guides to Learning curriculum? If you have, you have to share what you think with me. Put it here on the blog so we all can benefit. I wanted to try it last year but might have to this next year. Give each sponsor a visit when you get a minute. I think hear giveaway coming up soon.

Now, on to talking about mayhem and murder and how to turn that into a learning unit.

The boys and I were absolutely thrilled with this next unit study. We covered it and still seem to be covering sub-topics or at least going over them. My oldest two sons are learning on their own about it now without me. That is what I am talking about, I can go on to the next unit study with my youngest and the oldest boys can cover a unit study sub-topic they still want to do. The FBI unit study is way longggger than the Amazon Rain Forest unit study and heaven forbid I tell them to go to the next unit study because I almost had a full blown mutiny at my house when I did.

The unit turned into two lapbooks or like I had mentioned before at least enough printables for two lapbooks or notebooks. One thing before this blog post gets any longer because it will be is that this post will have the first lapbook which is the FBI lapbook. The next blog post this week will have links, resources and our 3rd activity we did on this unit along with a cover to use for this lapbook.

The second lapbook, I will release some time later so you have time to absorb this first one. The second lapbook geared more toward the older guys took a Russia, World War 1 and World Events theme on the lapbook because its what interested my guys. I just wanted you to know that in case you are working on this with us. If your main focus is the FBI, then this lapbook along with the other printables you got earlier can be used.

One tip about using minibooks that I know a lot of new notebooking page users or lapbook users tend to forget is that they are just minibooks. This means you can use them ANY way you see fit. 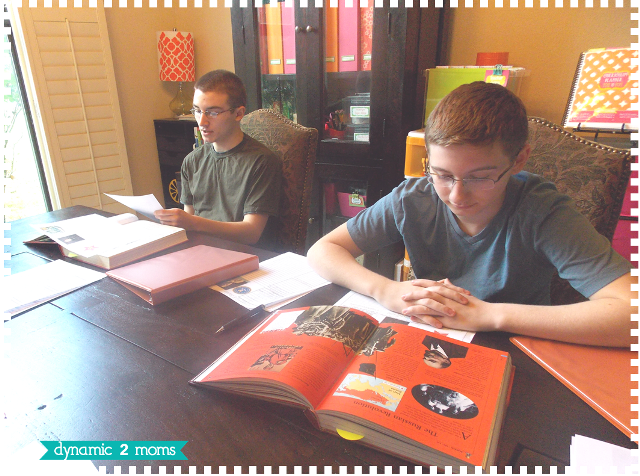 My older boys continued to like lapbooks not because they were crafty or like to color but because they have a say in them and I make them geared toward highschool.  I have always tried to make them as enhancements and not make them have to do them. As they got older I adjusted the minibooks, for example, by making lines small enough for a little more room for writing. Too, sometimes they just prefer a notebook page to glue a mini book on and use the rest of the page for sketching and labeling. 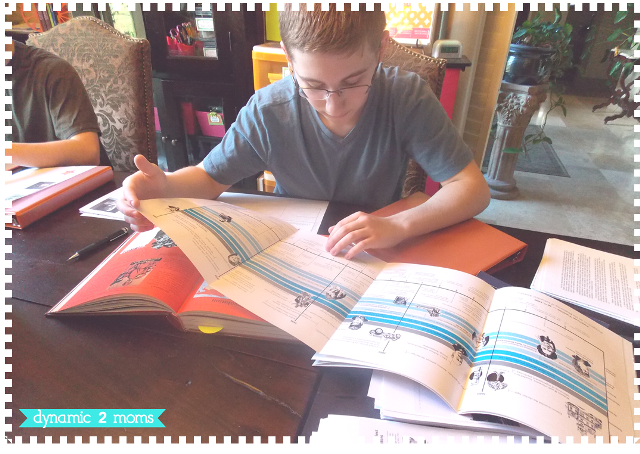 Notebooking pages can include timelines, graphs, or more text on the page. They like the choice of viewing timelines and resources to see what they want on the page. The minibooks helps me too as the teacher because I can guide them toward the main points I want them to take away from the sub-topic on our unit study.

On to the first lapbook. I will explain how best to use each minibook here and then at the bottom I will put all the links together so you don't miss any. 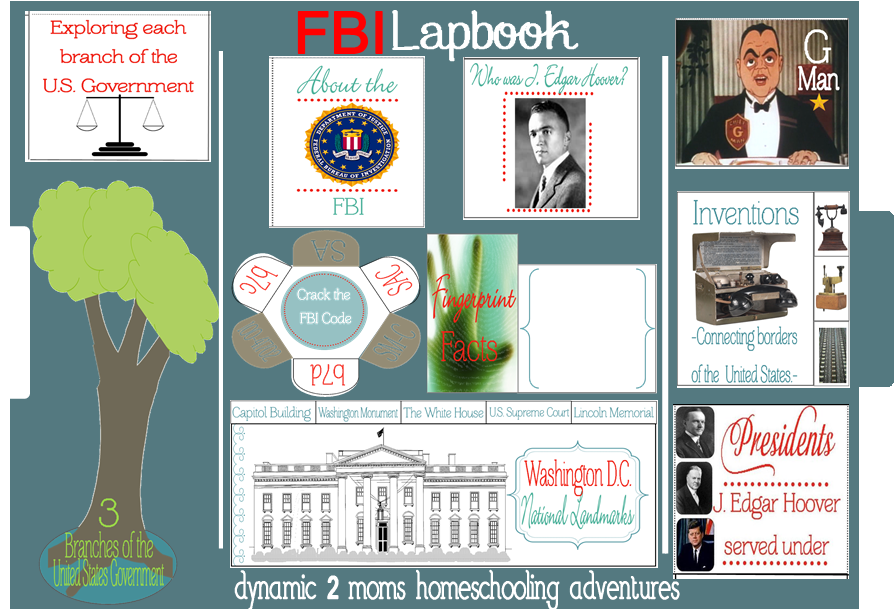 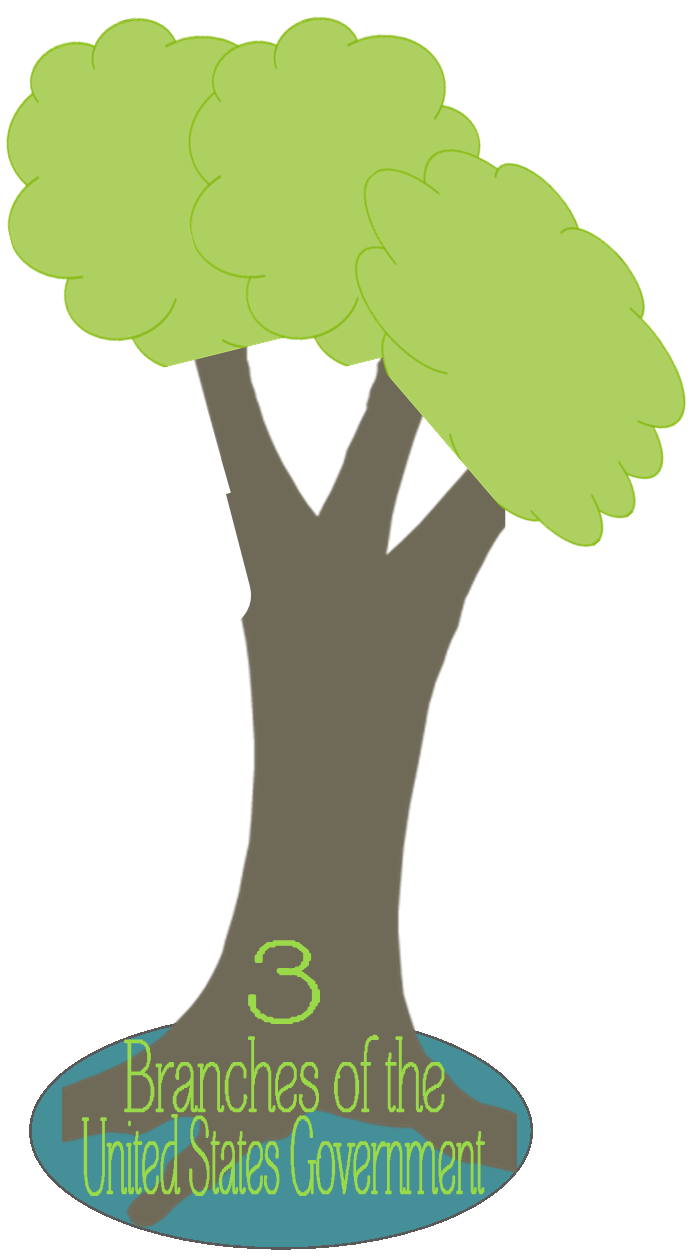 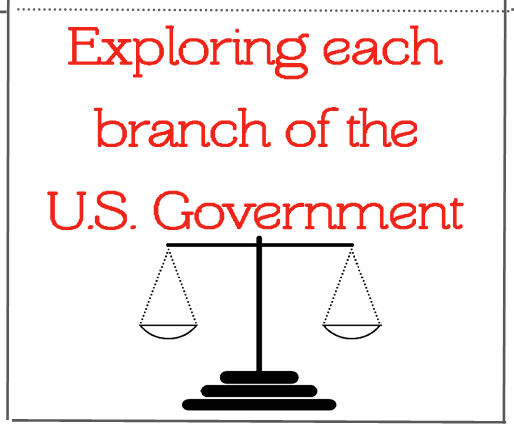 These first two minibooks are focused on learning about the 3 branches of the United States Government. If your child is real young, it may be enough to just write the names of the 3 branches on each branch of the tree. If they are older and you want to cover a little about what each branch does and the members or groups that make up each branch, then include Exploring Each Branch of the U.S. Government minibook. Links are included on the downloads to take you to sites that will help to explain the branches. Use one or both minibooks. 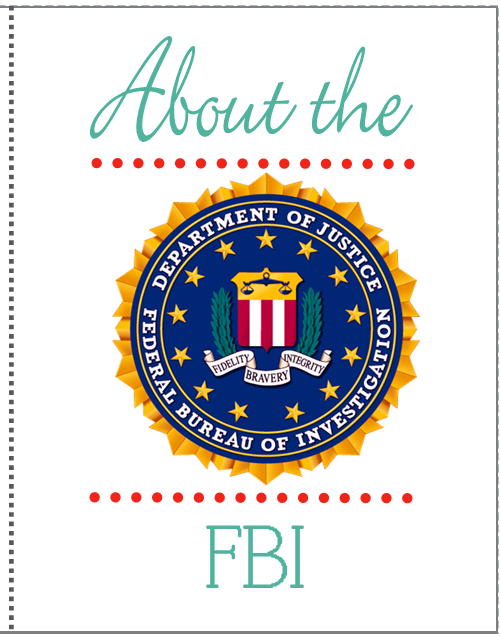 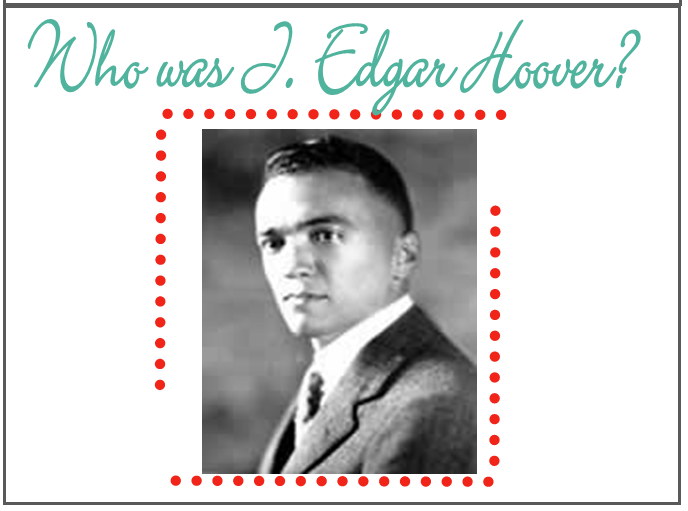 These next two minibooks at the top and center of  the lapbook are about the FBI and J. Edgar Hoover. Despite his controversial lifestyle and the debate that is still going on today about J. Edgar Hoover, he still receives the lion's share of recognition for his contributions to the FBI during the time he served. This point is even recognized by the FBI.  He was such an interesting person to read about and the controversy in our house was sparked more so by the new movie that came out about him even though we did not see it.  My teens are still in controversy over his lifestyle but focusing on the contributions he made to the FBI during the time he served and how times changed significantly during his lifetime makes for  fascinating history topics. 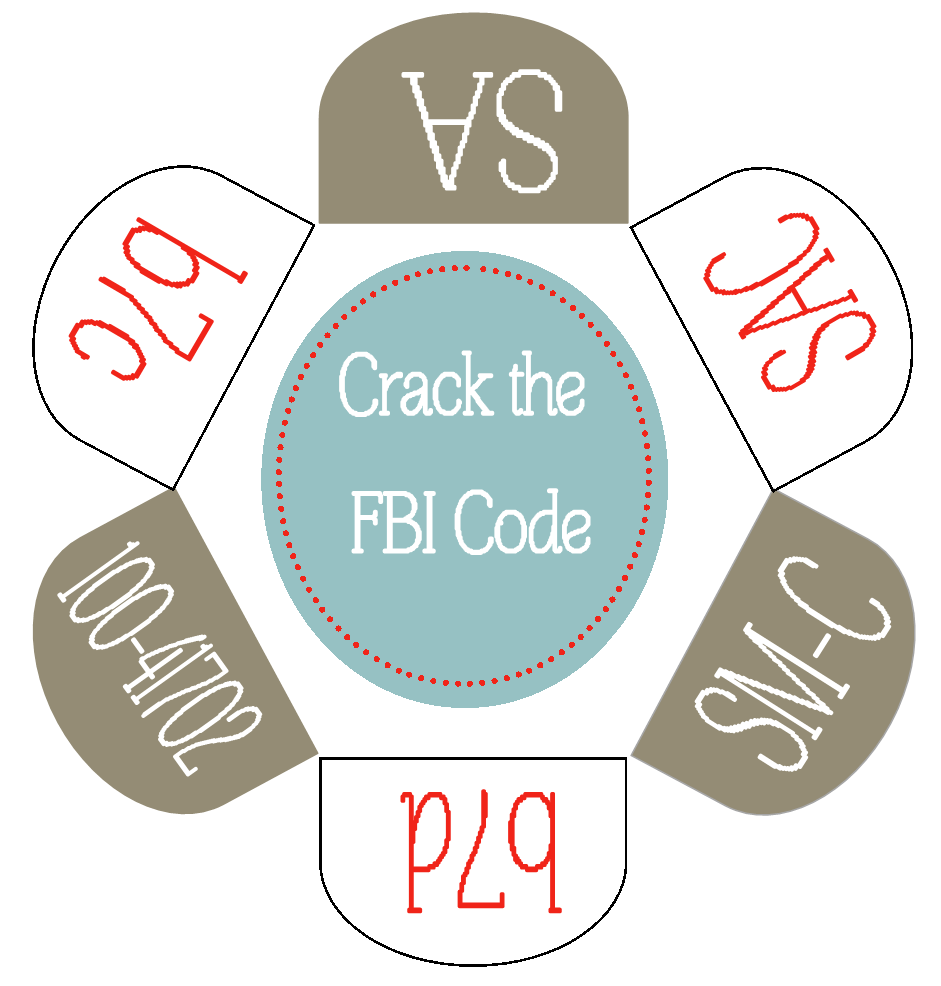 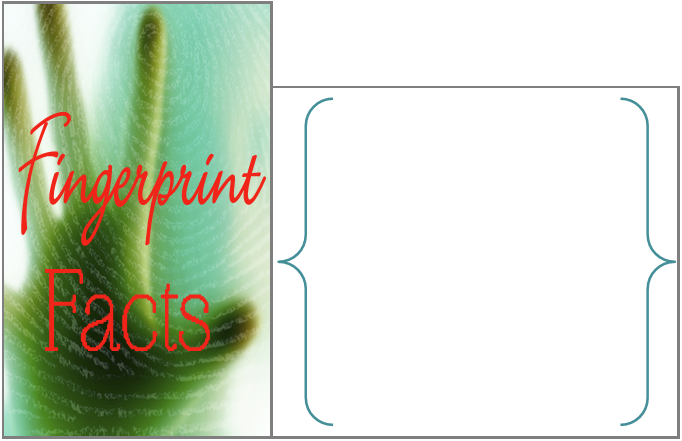 You can't have a study of the FBI without investigating espionage and crime. Crack the code flip book is about codes used by the FBI. Incorporating fingerprint science into the investigation by the Bureau is something else J. Edgar Hoover can be credited for.  Fingerprint facts minibook goes along with our activity we did on fingerprints. The front page is a place for your child to put a couple of his fingerprints on.

Not only did J. Edgar Hoover grow up in Washington, D.C. but it is the location of many U.S. symbols. The minibook Washington D.C. National Landmarks led to the discussion of American history symbols and their meanings which is what I needed to accomplish in this unit study for my youngest guy. Of course, it never hurts to review them with me my older guys too. 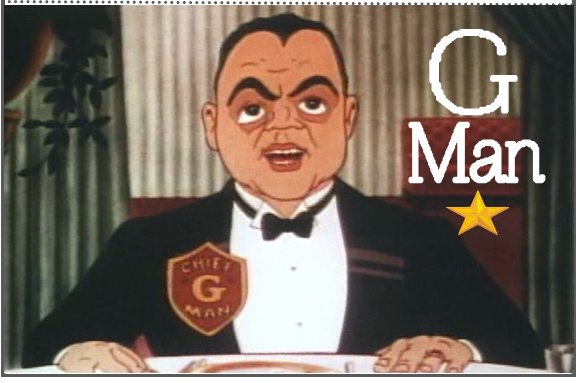 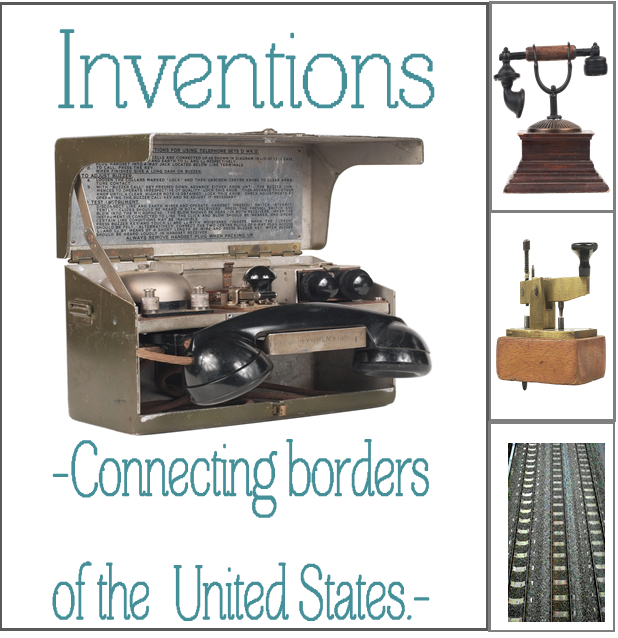 The G-Man and Inventions - Connecting Borders of the United States minibooks are next. Probably many of our great grandparents were familiar with the term G-Man. Before 1934, “G-Man” was underworld slang for any and all government agents. In fact, the detectives in J. Edgar Hoover’s Bureau of Investigation were so little known that they were often confused with Secret Service or Prohibition Bureau agents. By 1935, though, only one kind of government employee was known by that name, the special agents of the Bureau.

Connecting borders is a minibook to focus on the inventions of that time that made a difference in the way the FBI developed. On the FBI site, it comments: "The United States was well united, with its borders stretching from coast to coast and only two landlocked states left to officially join the union. Inventions like the telephone, the telegraph, and the railroad had seemed to shrink its vast distances even as the country had spread west." 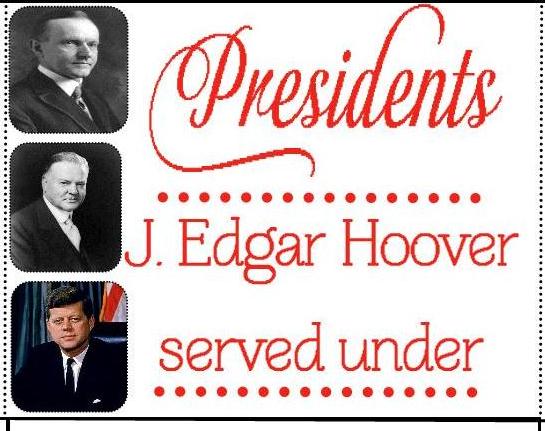 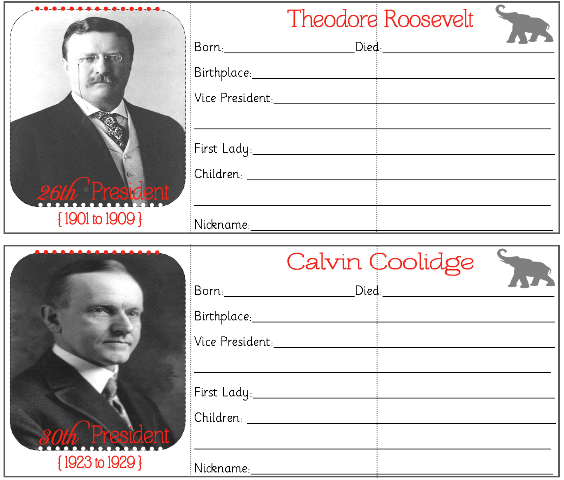 Okay, right before I took my long winter break that I normally take in Nov/Dec, I had left this minibook with you because I knew it would take a while for your children to research about these presidents that J. Edgar Hoover served under and then write about them. Creating these minbooks for so long, I am normally pretty right on target with the amount of space needed for writing but not on this one. I goofed on these minibooks and if your child was telling you that there was not enough room to write he/she was right. Believe me, I heard about it from Tiny.

Remember, I don't expect huge gobs of writing because we do other writing, but I do expect some.  The reason I was off on this one was because some presidents had a couple of vice-presidents and then too back then it was the norm for families to be larger. Of course, Tiny wants to list every vice-president and every child.

So I had to redesign them and make them a tri-fold and not bi-fold. I hope you haven't started it but if you have, just use these larger minibooks with more room to write on for your next set. There are 10 presidents in all to focus on in this unit. And oh yes, because we started with these ten on this tri-fold, then I think I better go ahead and complete all of the presidents like this, don't you think?

Then you could put them on an O ring to study, put them on a notebooking page or put in a pocket. I think I hear another project coming up!

So here are ALL the links for the above minibooks in one spot for you. Take your time, you know I try not to rush my blog posts. I have another cover choice coming for you on the next blog post this week.

3 Branches of the United States Government

Exploring Each Branch of the United States Government

Who was J. Edgar Hoover?

Then if you missed the previous printables, here they are in one spot for you. 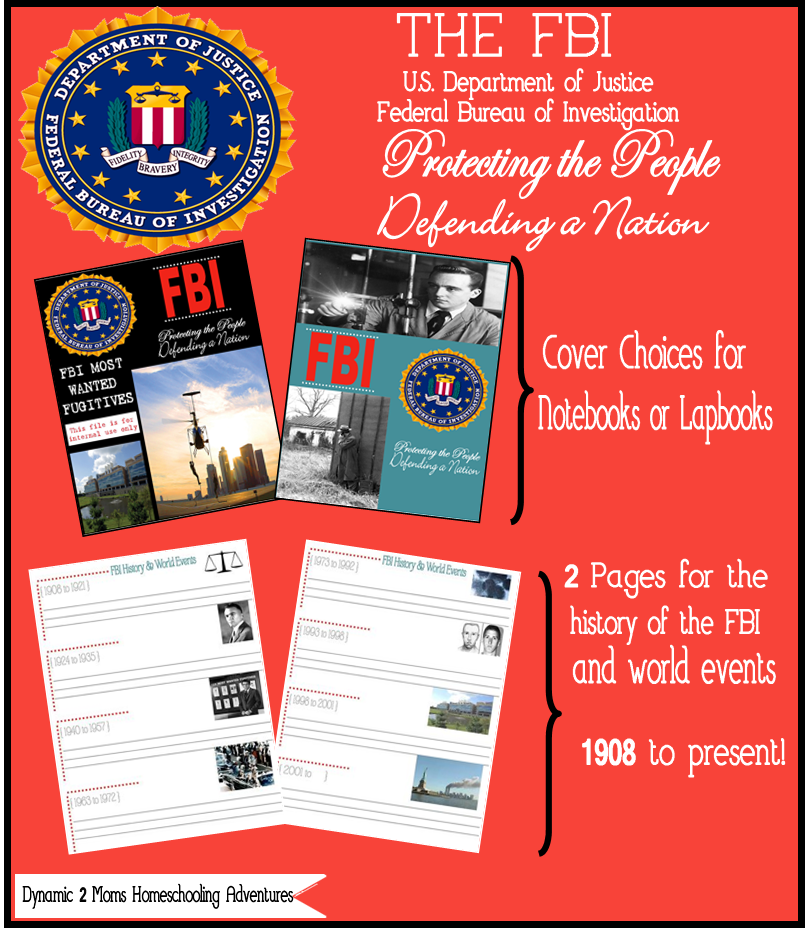 These are the first two covers created by the boys that can be used on the outside of your lapbook by cutting in half, used to divide data in your lapbook or to put inside a notebook binder if you are notebooking with the minibooks. 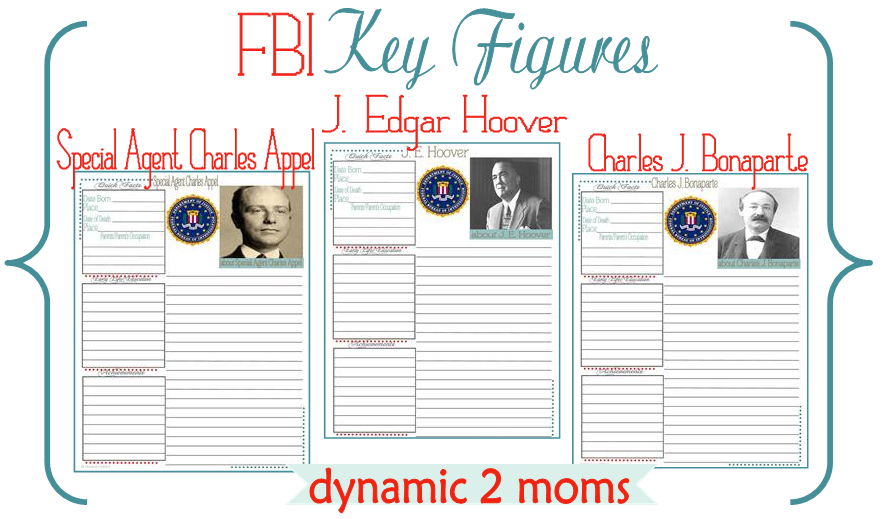 Also, I started back last night with our workshops for the New Bees and the morning after the workshop, I have such a high of homeschool endorphins. After we discussed how to cope with strong willed children or is that ....ummmm.... strong willed moms, it made me think of this quote today.

Sometimes you can be your child's best friend and sometimes you have to be their worst enemy. I think we all have days like that. Anyway I went away full of homeschool pep and I hope the new homeschoolers do too after each workshop.

Enjoy my newest lapbook and I will have resources for you in the next blog post.