Did you guess which country my boys chose at the Geography Quest? Yep it was Turkey. To be honest, I was a tad shocked but happy at the same time that they chose that country. My oldest son, Mr. Senior 2013, got the final say on country choice since this is his last year to school {sniffle}. Somewhere along your homeschool journey you wonder if "too much history" is too much. {mmmm does that sense?} You pray most of what you teach your sons sticks with them. When he chose to talk about Istanbul, formerly Constantinople, and write his essay on it,  I was thrilled because of the rich history of the country. 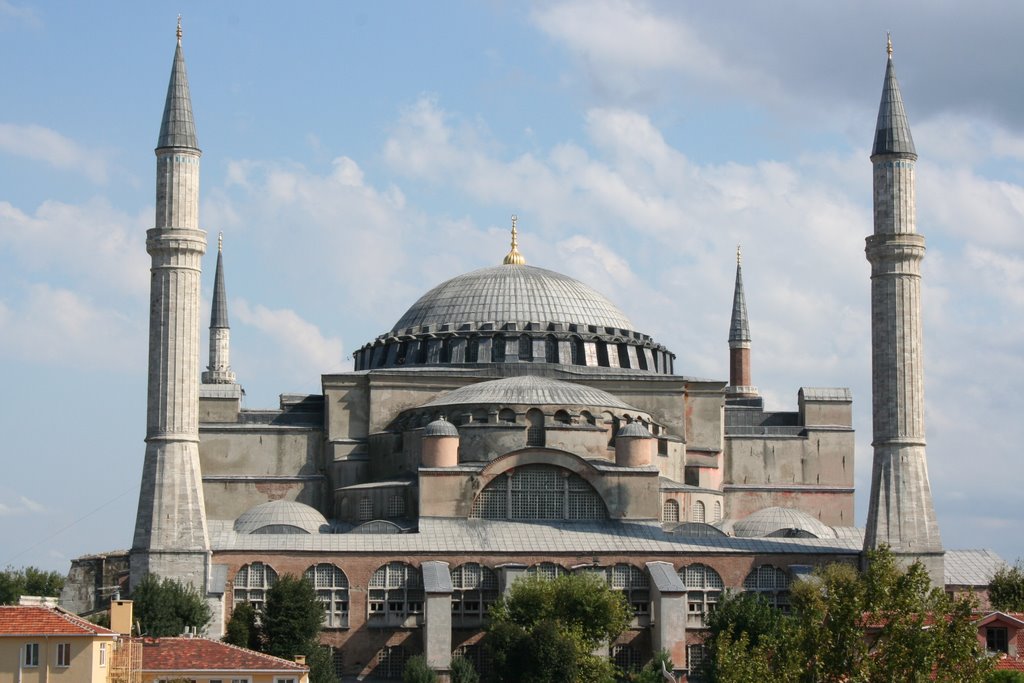 It is absolutely fascinating to study about not only because of the beautiful buildings like the Hagia Sophia that still stand today but  because of the diverse influence of the country. One could spend a lengthy unit study just on the influence of Christians on Constantinople then the Muslim influence. However, since this was our not back to school Geography Quest with our field  trip group, we had to condense it to about a week of study. Here are some of the topics we read about in our country mini unit study. One small point to remember about planning and doing unit studies is that when a topic lends itself to one or more subjects easily than others, don't force a fit. If you can't find a topic for one subject like science or art, focus to enrich the subject/s that your topic does naturally flow with and teach.  Emphasis should be given to learning what interests you and your kids and it should be age appropriate. 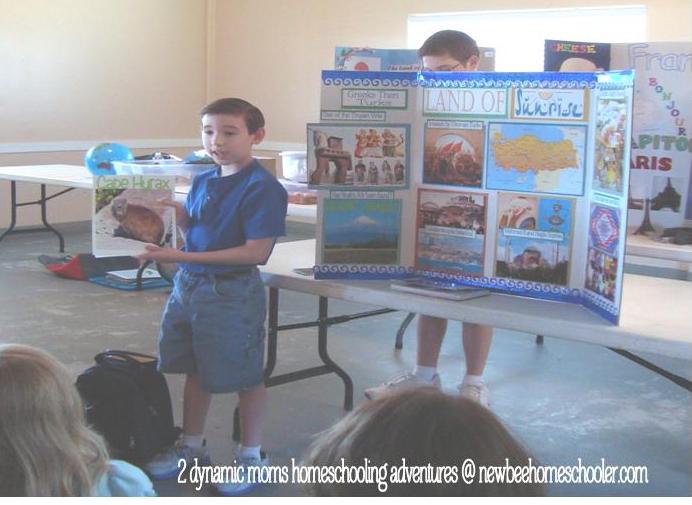 Science:  Tiny, my youngest son, chose to do a report about the cape hyrax. The biology of any country is a good topic for younger children. The cape  hyrax, or rock rabbit is similar to a badger and he tied in the fact that the early colonist mistook this animal for a badger. He researched this topic on his own because that is what interested him.

Social Studies: He also wanted to show money from that country. It is important when doing a unit study about countries to point out that other money is not play money. My husband went to the foreign exchange commission and got some Turkish money for us to take and share with the group. 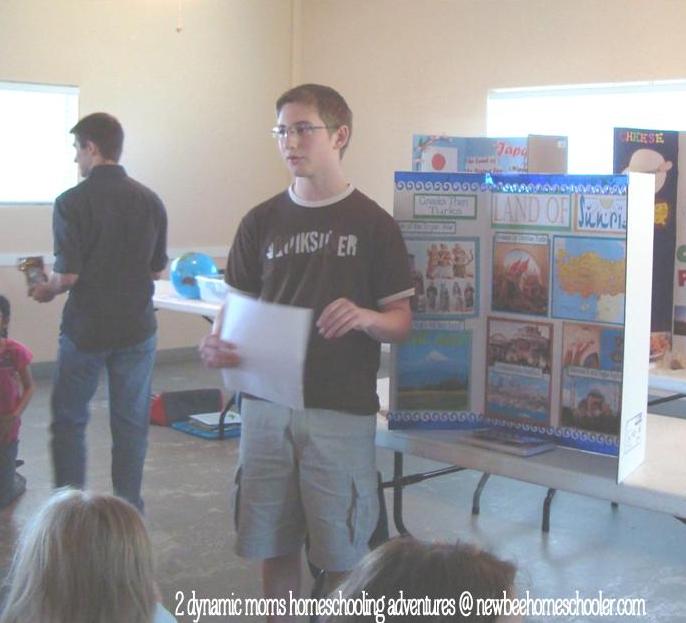 My middle son, Mr. Awesome, who is my social creature had to read about a variety of topics and influence on the people.

Social Studies:  He explained about a Turkish bazaar or the Grand Bazaar in Istanbul. He was interested in the clothing, the fascinating way they still make carpets and rugs from ancient ways. He just couldn't wrap his mind around the fact that after Constantinople was invaded by the Ottoman Turks they started construction on the building that is still part of the Grand Bazaar. Spices, Turkish pipes {yes he had to view Turkish pipes} clothes, and weapons he had to investigate.

Along with that he had to talk about Turkish delight which is like a confection candy. Having never been to Turkey, we can only imagine what true homemade Turkish delight tasted like. My oldest soon started passing out Turkish delight, that we ordered from a place in Washington, to share with the group. I told you we ate our way through the countries.

Bible/Physical Geography: Then we focused some on the physical geography of the country. Mount Ararat is the highest point in Turkey. The Bible speaks in Genesis 8:4 about the ark coming to rest on Mount Ararat. So we had to discuss whether the ark was discovered or not. Studying more about the physical geography, it leads one to wonder where exactly did the ark land and Noah unload the animals. Also, this is not the only time Mount Ararat is spoken about in the Bible. The region is referred to in the book of 2 Kings too. Mount Ararat is called by the Turks Aghri Dagh (Mount of the Ark) and by the Persians Koh-i-nuh (Noah’s Mountain). It led to quite the discussion with all of the kids. Of course then you have to discuss that both the Tigris and Euphrates rivers in the Bible are major rivers in Turkey.

We could hardly leave the Bible part topic because Asia Minor in the Bible is mostly Turkey and that opens up all the discussions of the lives of the early Christians. Phew.....you see why I was thrilled when he first chose it but wondering uhmmm how to do this in one week.

There was more discussion about the physical geography of the country because Istanbul is the only major city that straddles both the Europe and Asian continents. Was that an advantage or disadvantage in fighting wars? 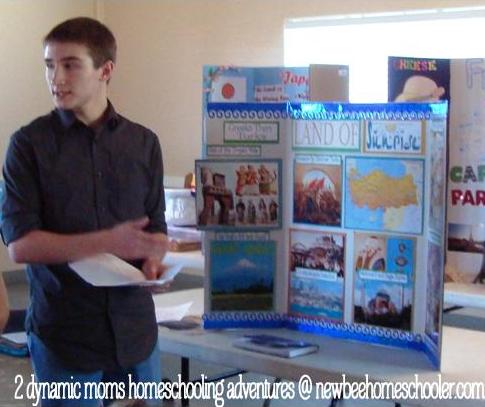 Then Mr. Senior 2013 wanted to focus on the history of not just the whole country but on Istanbul. Remember  I had mentioned how a unit study is like a funnel, and you want to narrow down to the subtopic that interests your family.

Ancient History/Art: Before he spent time talking on Istanbul, he started off with the story of the Trojan war. He showed how part is made up, part true and some speculation that surrounds the city of Troy. He did point out that that area is now Turkey. He moved quickly to focus on the Ottoman Turks conquering the city as well as talking about the Hagia Sophia. The Hagia Sophia is only one building among many that are full of the intricate Turkish artwork.

People coming from Europe called Turkey "Land of the Sunrise" and the early Christians called it "second holy land". Istanbul is also called "Crossroads of the World" because of the meeting of cultures there.

He studied about Alexander the Great but didn't present this to the group as that would have been "too much". {Whoa back Mr. Senior 2013 there are small kids too at the Geography Quest}. He did mention Sultan Mehmed II because he was the conquering invader in Constantinople.

All of this led to a discussion about Islam as well with my older two sons. Tiny was off looking at more pictures of his rock rabbit because he wasn't interested in this subject. That is the beauty again of unit studies. You can stay on them as long as your children's appetite is being satisfied. The youngest ones can stop because their appetite is satisfied.

One thing I did notice was that there was not a lot of what I consider good resources on this unit study topic. There were lots of books that told the history of Istanbul. Even after several visits to our library, the books barely mentioned this area that has thousands of years of history.

I found a book by DK eyewitness travel on Istanbul that was of more value to Mr. Awesome since he likes reading about the modern day people too.

The first book was by Checkerboard Geography Library. The second one was by Milliken A Culture Resource Guide and this last book is the DK book. 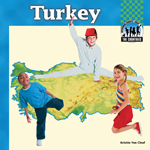 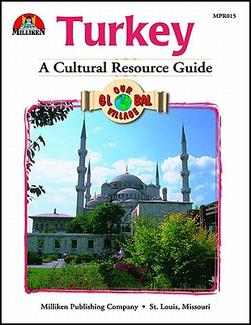 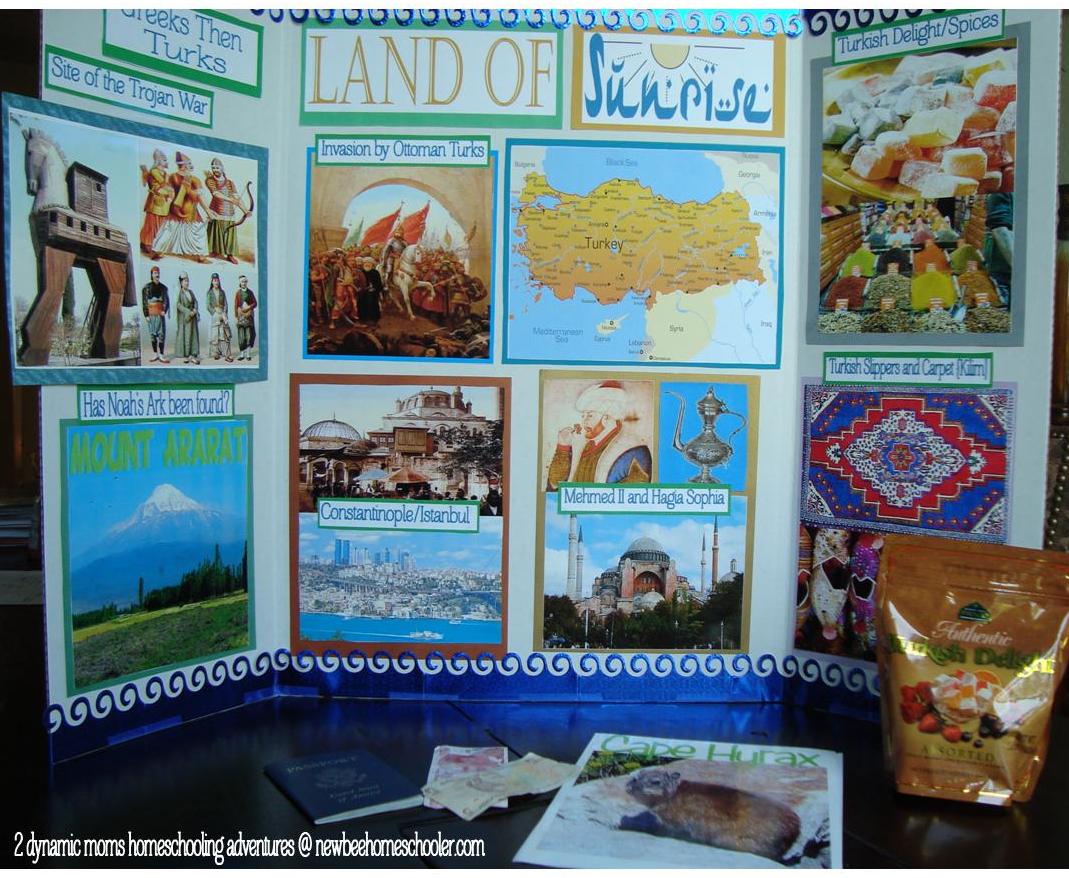 Between my passport that Tiny showed to the group, the Turkish liras or money and passing out Turkish delight we got all of this in our mini unit study. We had to save time to savor the other countries presented at the Geography Quest by the other families. Some of the other kids wore hats that you would think come from France to the Mexican shirts worn by the boys. We had a great time kicking off our school year and the last year for Mr. Senior 2013. {may go into sappy mode}. 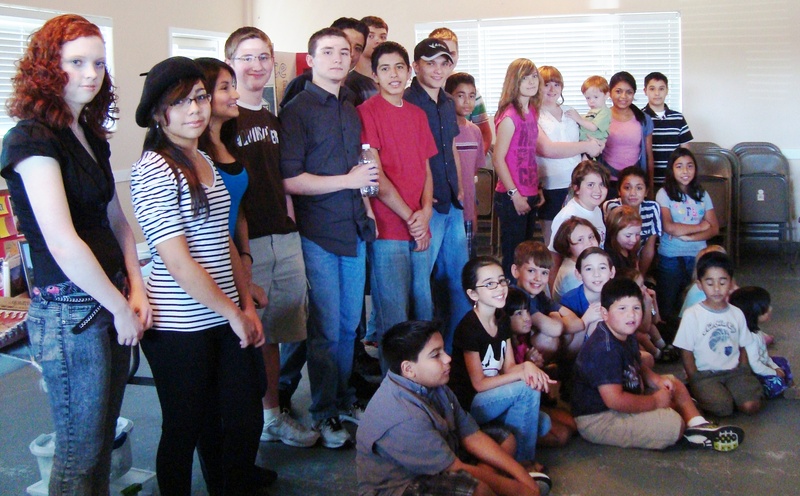 You know what that means, I have something for you too. 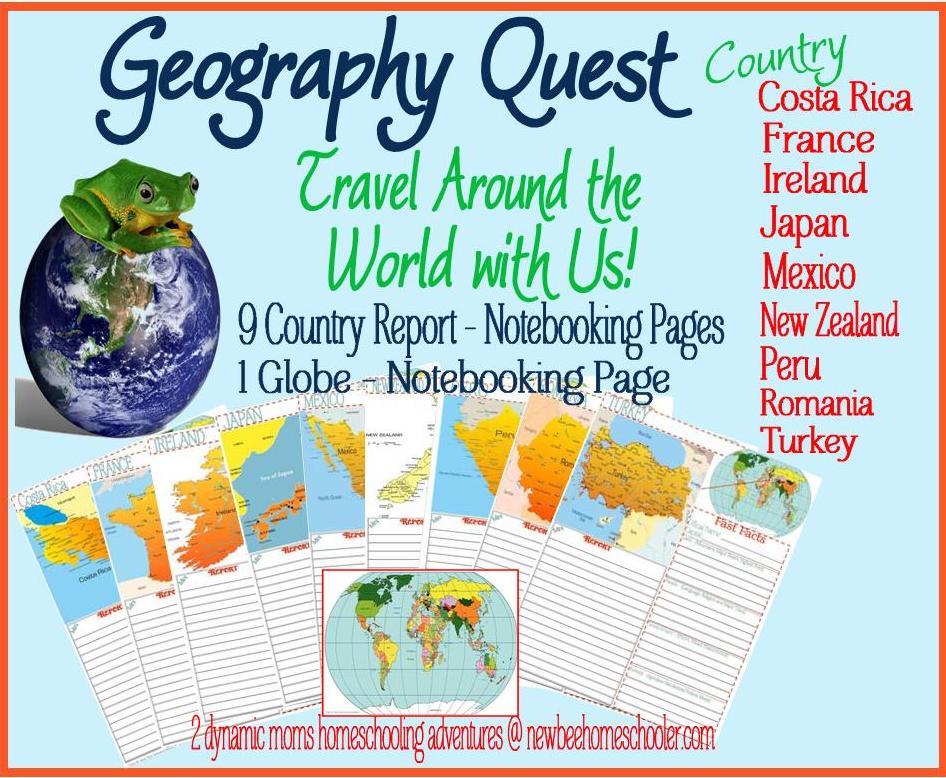 I hope these pages help you in your study about the countries. These are countries the kids wanted to learn about in our not back to school Geography Quest.  Yep, they got to do the choosing. We learned about Costa Rica, France, Ireland, Japan, Mexico, New Zealand, Peru, Romania and Turkey. These pages have a place to keep fast facts and then one part to do a mini report as you work your way through the countries. I do think we need to do this for another time or at least keep doing some more countries.

Naturally, we covered a variety of subjects and did not force a fit. I was inspired today by some Turkish quotes as we end this mini unit study and start back up with Mesoamerica. Where were we on Mesoamerica?

“Listen a hundred times; ponder a thousand times; speak once.”

A wise man remembers his friends at all times; a fool, only when he has need of them.”

“A lion sleeps in the heart of every brave man.”

A cup of coffee commits one to forty years of friendship.”

“Man is harder than iron, stronger than stone and more fragile than a rose.”

Time for some new bee love next. My first workshop starts Monday and I am doing the happy dance as I get a new class of new bees.  I love the new bees and so want them to stay the course. It is such a laborious effort  when you first begin to homeschool. You have such high expectations and most of the time, spend your first year in survival mode.  You may hardly see progress and can be discouraged. So a new bee article is next to help them along.

Hugs, and you know I love ya,