Not Back to School Geography Quest

I have been released from my vowel of silence in more ways than one. My blogging platform decided I could add pictures now to my posts and we had our not Back to School Geography Quest. It's hard for me to be quiet that long. 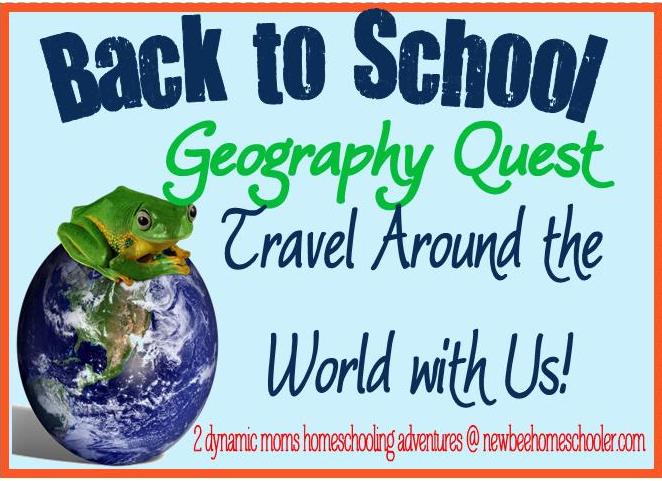 We had a great time  at our not Back to School Geography Quest.

I have to share a few of the countries we learned about at our Back to School party because all the kids at the field trip {and moms too} worked so hard on their displays and presentations. 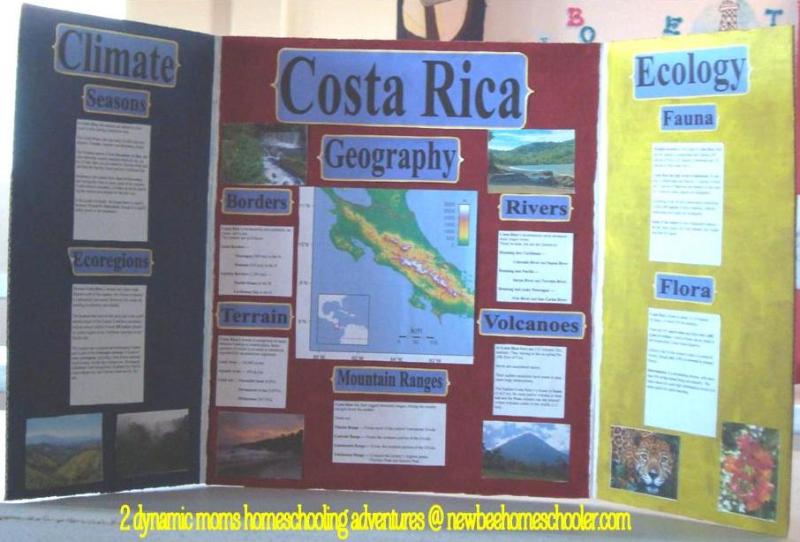 First, we started with a study of Costa Rica. We learned about the diversity of the ecology and the physical geography of the country. 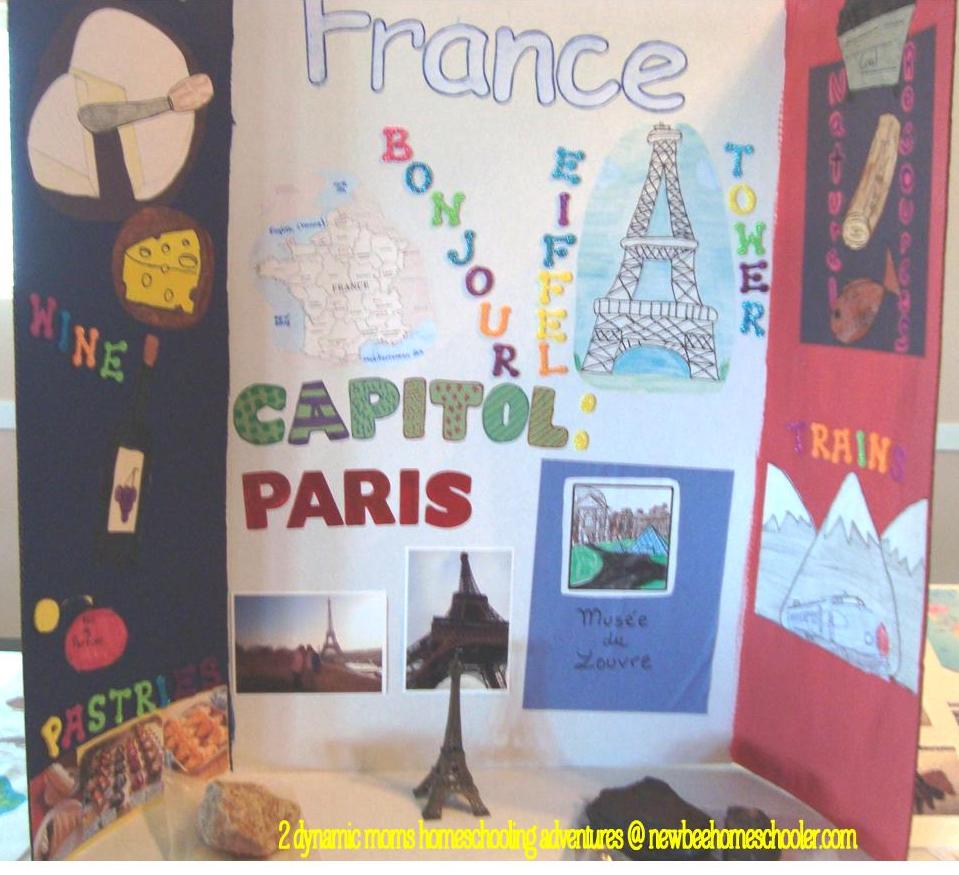 After we finished soaking up the sun in Costa Rica, we headed to France to learn about the Eiffel Tower and Monet. We talked about cheese and wine {my kind of field trip} and Louvre Museum. We tasted some French pastries too. 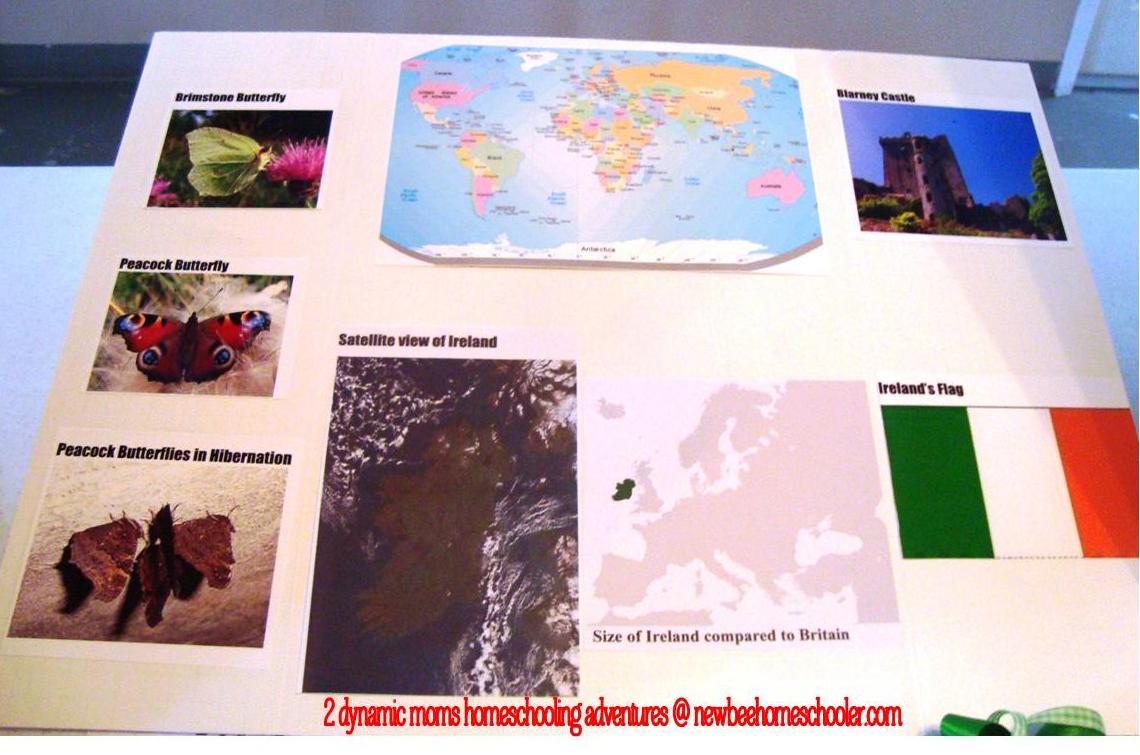 Then we promptly headed to Ireland where we tasted Irish soda bread. We should have probably named this field trip "tasting our way through the countries" because a lot of us brought some snack or food to share from that country. After we learned some amazing facts about the lifespan of one butterfly, ate our Irish soda bread that tasted like sweet biscuits, we..... 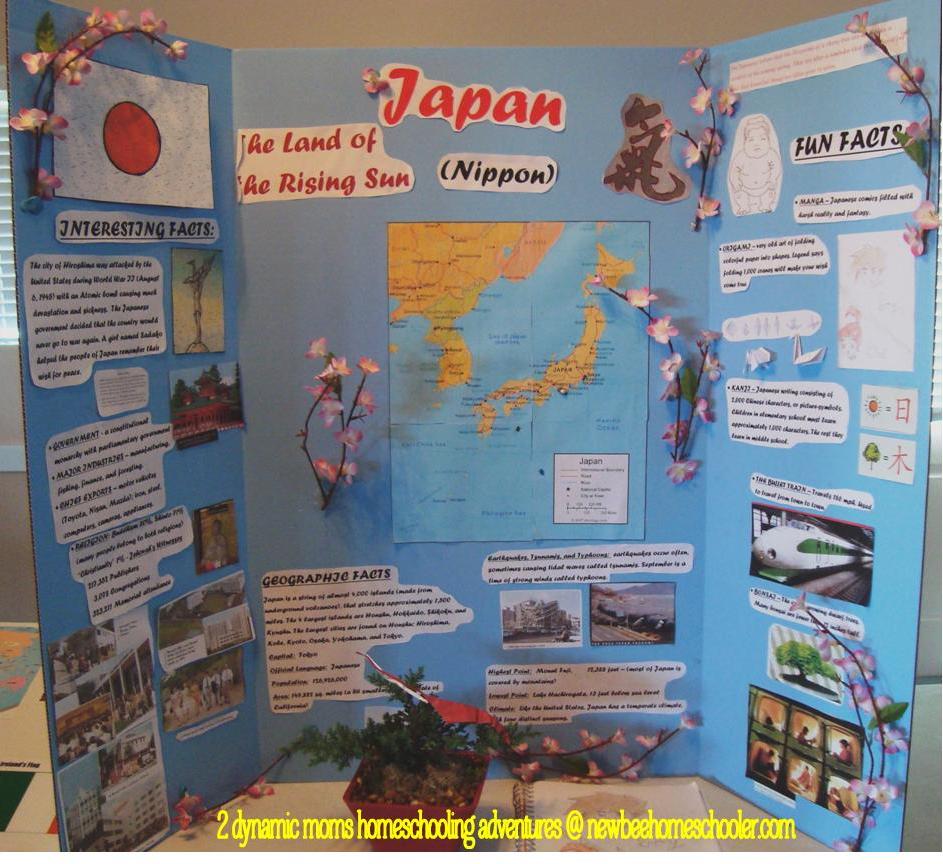 landed on Japan. We got greeted by Konnichiwa (Ko-nee-chee-wa) Good afternoon. Then we learned about kimonos and origami along with the main way of transportation. We also learned about the beautiful story of Sadako who was two years old when the atomic bomb was dropped on Hiroshima. She is remembered through the story of a thousand origami cranes. 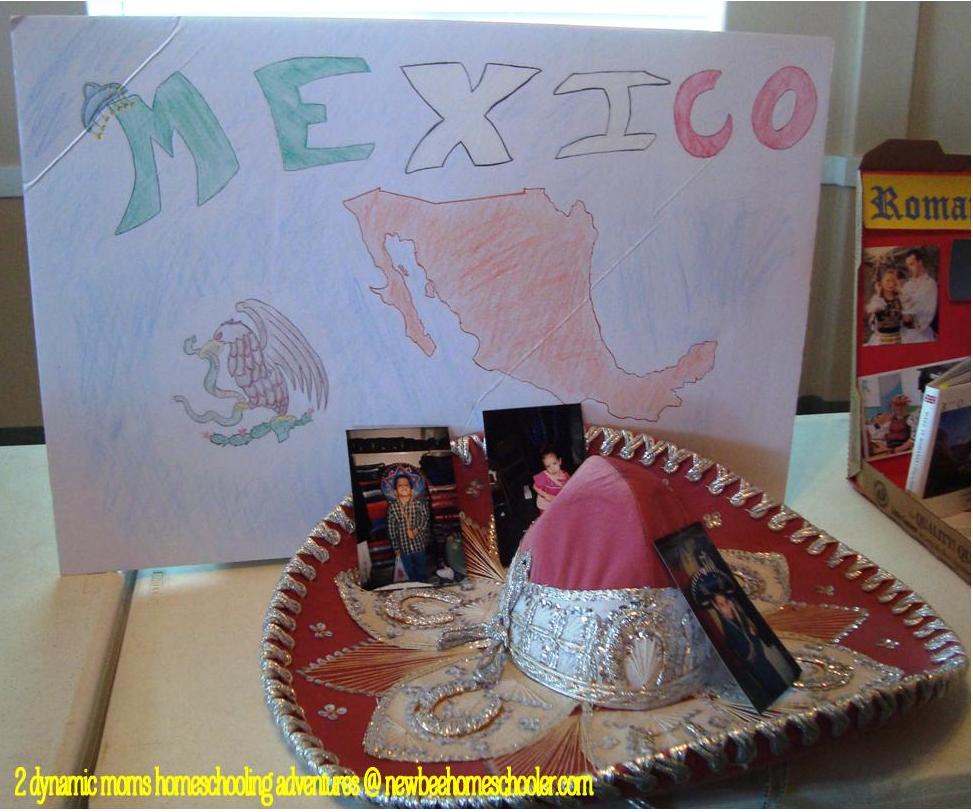 After putting on our sombreros, we headed off to Mexico. We learned about Mexico's Aztec and Mayan roots as well as discussed true Mexican food versus Tex Mex. We're not talking Taco Bell when you talk to Texans about their Mexican food. Of course we had to try some homemade salsa, learn about mariachi music and hear a true Mexican yell. 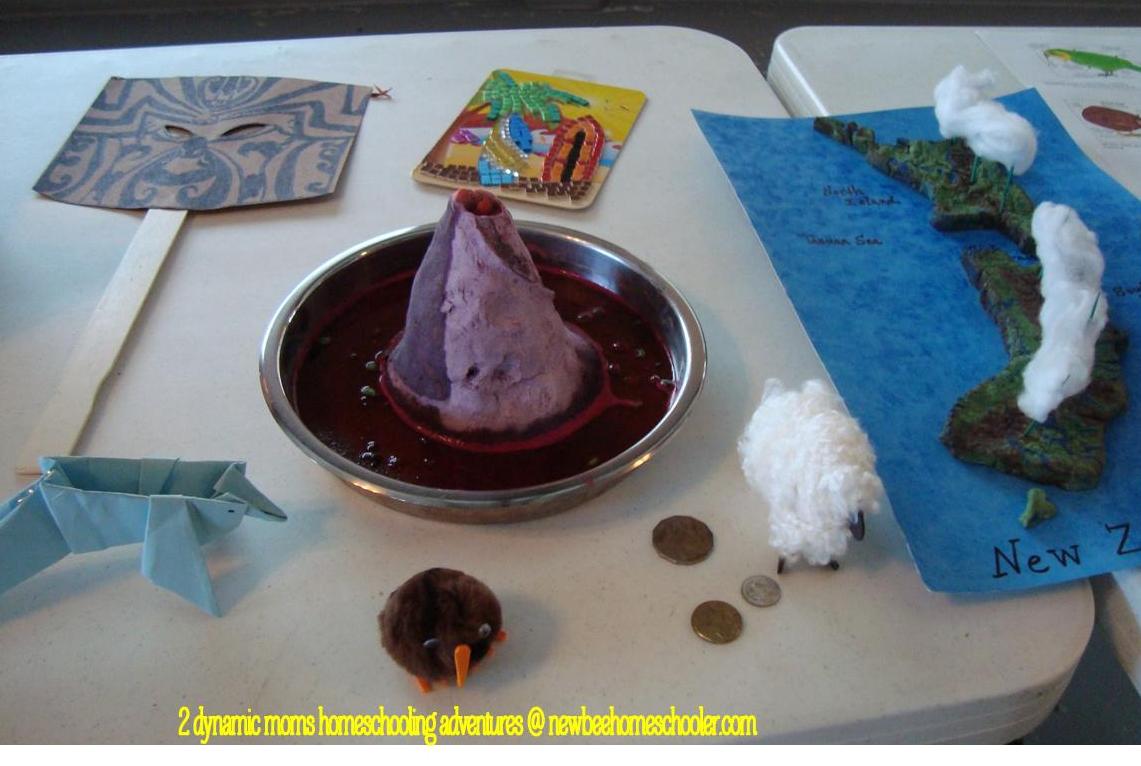 After that, we  landed on the island country of New Zealand. We learned about Kiwi birds and ate some kiwi fruit too. The salt dough map helped us to understand the land formation and how many volcanoes are there. Of course we had to witness a volcano explosion and the younger kids loved the kiwi bird and sheep with wool. The mask was pretty scary too. We next listened to a country report on Peru and then 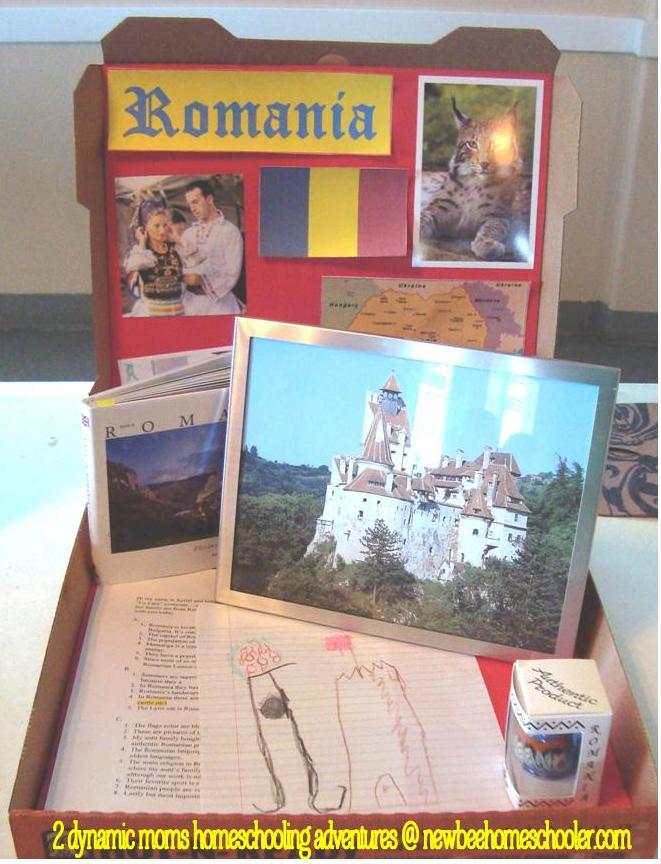 immediately landed in beautiful Romania. The castles were beautiful to look at and we also had to try some lemon cookies from Romania. 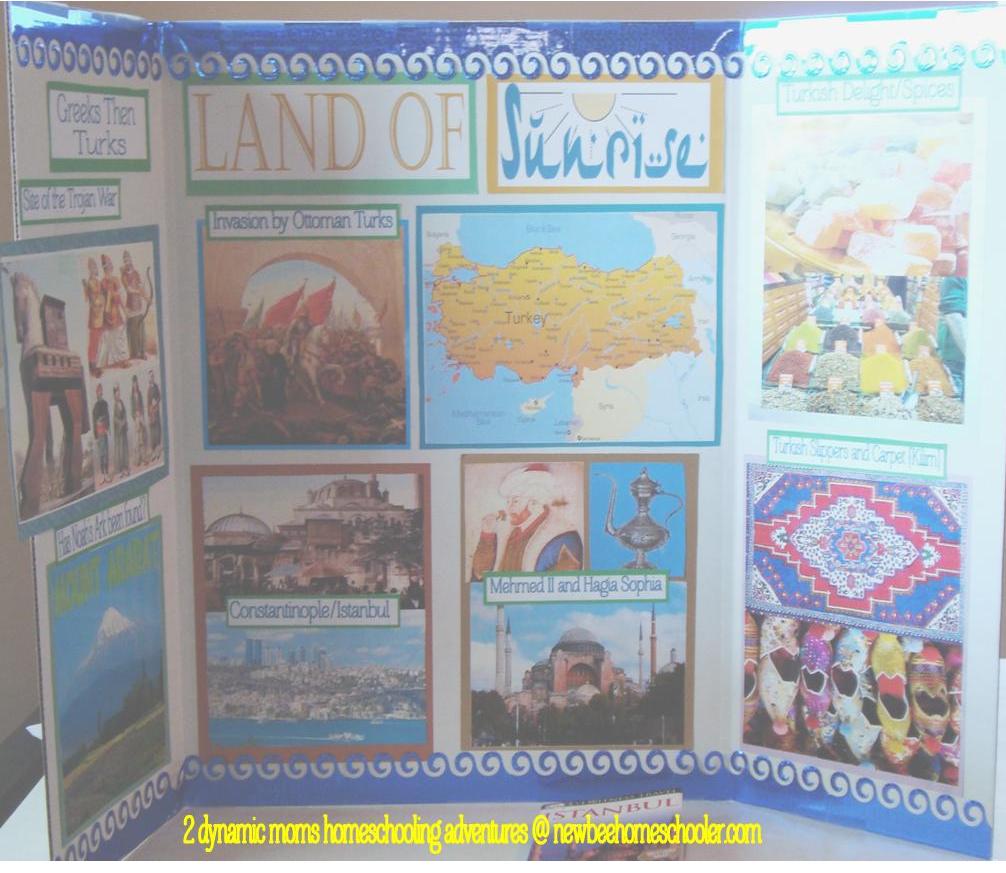 We made our last stop in Turkey. We learned about the ancient and modern history of Istanbul. Formerly, Constantinople, it is the largest city that straddles two continents, Europe and Asia. We learned about a Turkish spices, Mount Ararat and the invasion of the Ottoman Turks. We finished our trip by eating Turkish Delight.

Can you guess which of the countries my boys did a presentation on? I will share the country next because it was our mini unit study for last week. I think this means I have some printables to share with you next.

Want to take a guess?