Do you ever get that sinking feeling in the bottom of your stomach about whether the decision to homeschool was the right choice or not? I do. When I do, I take time to reflect on all the homeschool success stories I know about. I want to share one story with you that has gained national attention about a homeschool teen that lives in our area. 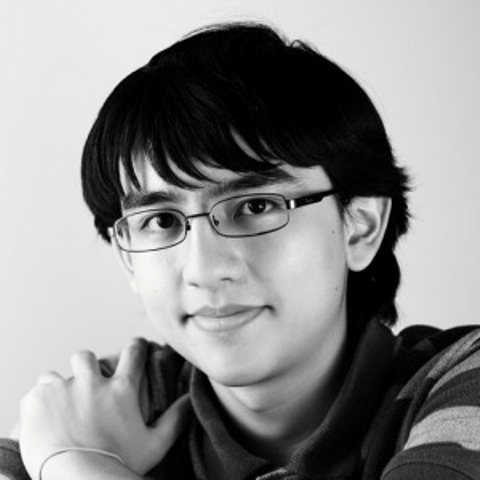 It is my privilege to introduce you to Ester Fernandez and her son Javier Fernandez-Han who is 17. My sons and I met them because we take a class together in our area. Not only is Javier the most creative and genius homeschooler we have met, he is well-liked by almost anybody that meets him.

I asked Ester if she would write about her homeschool journey to you sweet followers so that perhaps some of what she says can renew your passion and zest to homeschool. It did mine. Instead of a question and answer interview, Ester wrote from her heart and I share her story as follows.

After the interview, I have added a link to the video done here locally on the TV station about his recognition from Forbes magazine and so you can hear from Javier personally.

Thank you Ester for sharing from your heart. You are as kind and gracious as Javier is and congrats to Javier for this honor and to you and Peter for your hard work with both of your sons!

"The decision to homeschool came easily. Our first born son, Javier was 18 months old when I happened upon a group of families spending the day at one of our local parks. It was such a beautiful day with a clear blue sky, crisp air and autumn leaves. Due to the fact that it was a school day, I was surprised to find so many people enjoying the park.

I had never heard of homeschooling. It intrigued me. I asked many, many questions. I was especially concerned about socialization. I remember getting some rather funny looks with that particular question.

As I spent the day observing and questioning, a whole new world of possibilities opened before my eyes. I had stumbled serendipitously upon a door in the wall that opened to a world that I did not know existed!

What captured my attention more than anything during that afternoon was how easily babies and teens...teens and adults...babies and grandparents all interacted. They seemed so natural together. These children were much better socialized than the vast majority of schooled children I had witnessed from my years of teaching in public schools.

I was especially awe struck when a teenaged boy, who would have been mister popular in a traditional school setting, patiently taught an awkward 8 year old girl to throw a football. This particular scenario was what I wanted most for our two boys. I wanted them to grow to be kind and generous teenagers who would show kindness and generosity to the young and the old and everyone in between.

Later that afternoon, a teenaged girl introduced herself and offered to push baby Javier on the swings. I felt we were becoming part of an extended family with the homeschoolers. I loved the wide range of ages in the homeschooling group. Conflicts were few and far between compared to our usual play group. Before I knew it, I was researching homeschool options, feeling good about our decision to homeschool and joining the homeschooled families that played in that park every Friday.

The decision, however, became more difficult when Javier turned five. Fabian, his younger brother was still nursing. Would I have the energy to homeschool two children? Before Javier turned five, everything we did just seemed like extra credit. Now that he was of school age, I felt I had justify to my family and friends our decision to keep him off that big yellow school bus. Was it the right decision? I would never get to be the room mom. I would never be a member of the PTA or attend kindergarten graduation. My sons would never be in a school play. They would never play on a team. In my mind, the list of all the things that would never be became overwhelming.

Would they develop the necessary skills to thrive in the real world? Would they be well-liked or shunned as outsiders? Would they accomplish enough to attract the attention of colleges? Would they feel that they missed out on something special by being homeschooled? Would I come to regret my decision to homeschool our two boys?

{The answer is most definitely NO!}

Homeschooling has allowed our family to grow in ways I could not have imagined. The gift of time, flexibility and individual attention that our boys have enjoyed have enabled them to explore and pursue their passions, reflect upon who they are as human beings, and embark on paths of meaning, purpose and joy. They are both well-liked, kind and generous with the old, the young, and everyone in between. They have participated in many teams and performances with dozens of other homeschooled and non-homeschooled youth. I have not only been a room mom and “PTA” member but also a teacher in many classes.

Our boys have participated in too many activities to cover in the scope of this article. They have had opportunities to travel within the U.S. and internationally (all expenses paid) as a result of pursuing their passions in projects that have gained the attention of the media in numerous countries. My husband and I have mentored our two boys in multiple projects as part of our “Venture-based Learning” approach toward homeschooling. Just Google Javier or Fabian Fernandez-Han and you’ll see dozens of articles describing their many projects. The many awards and recognition our two boys have garnered for their Venture Projects are nice, but the most important benefit they have derived from pursuing such projects is a sense of agency and purpose.

They fully believe that they have the capability and the responsibility to make the world a better place. They believe they are valuable human beings called to lead lives filled with loving relationships, meaningful work and peaceful joy that come from knowing they are called to a higher purpose. They know they have been called to serve their world with their unique talents and personalities in their unique ways. They know they matter.

Homeschooling has brought our entire family closer together. Inspired by Javier’s conviction and kindness, my husband change careers recently.

He left Corporate America to pursue his own passion of cultivating creative talent in youth and adults. He and Javier recently developed a creativity and innovation learning program called Invent and Innovate which has been well received by the several schools, both public and private. They are working together now to launch a program called Students Pursuing Innovation Creativity and Entrepreneurship (SPICE) at a public high school. Fabian and my husband worked together last September to produce TEDxTheWoodlands, a well-received conference focused on creativity and imagination.

Just a week ago, Javier produced TEDxYouth@TheWoodlands, the sequel conference with a particular emphasis on youth. Fabian premiered an original piano composition based on a chess match between Fischer and Spasky at the conference. My husband gave a talk titled “Ridiculous, Ludicrous, Amateurish” at the conference. I helped organize the many volunteers at the conference. My husband and I are writing a book and launching a business to teach the 21st Century skills of creativity, innovation and entrepreneurship to students in schools as well as families. Aside from many other benefits, homeschooling has brought us closer as a family.

As a homeschool parent, I knew that at the end of the school year no one was going to check up on me and tell me what my sons need to improve. This prospect caused both fear and excitement.

With every freedom comes responsibility.

Whenever the burden of the responsibility felt too great, I considered the alternative and realized that no one other than my husband and me would devote as much time and effort into educating our two sons. No one on earth cared more. The freedom of homeschooling enabled us to create a highly eclectic learning experience that drew from the very best ideas available anywhere and to make refinements as we went along to suit the needs of our two sons. This flexibility was simply not available in schools, especially as they struggled with state mandated testing that seemed interminable.

Our homeschool approach emphasizes creativity, imagination and entrepreneurship. When we cannot find an existing learning experience that meets our needs, we create an original one, be it a club, a conference, a class or a non-profit corporation. And then we share it with others.

A summary of these Venture-based projects can be found at our website:

Playfully Creative . Our many ventures have shaped our sons to see open doors where some traditionally schooled peers see brick walls.

There is so much more I would like to share with you. If you are curious about how homeschooling can provide you and your children a flexible, enriching, joy-filled learning experience, visit my family website: Playfully Creative.

{Although homeschooling requires a new mindset, the benefits of the path less taken make all the difference.}

Wishing you all the best on your journey! "

Go here to see the interview about Javier and to read about his invention that is a device that provides clean water to areas in need.